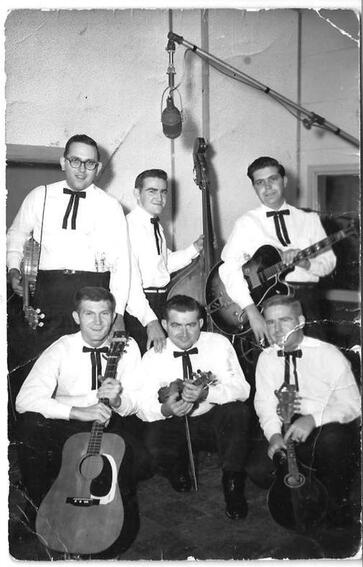 Live! at the Latta features a variety of musical performances in all genres on the Latta stage. Check out AiM's social media for dates and showtimes.

Saturday in the Park Music Festival (informally known as "The Hootenanny" )  is a live music festival hosted by AiM every September. The daylong Hootenanny features local and regional blues, bluegrass, gospel and country groups performing on the Selmer City Park stage.

Music at the Mural/First Friday are regular downtown Selmer events featuring live music sponsored by various local agencies including the McNairy County Chamber of Commerce and the City of Selmer. Arts in McNairy occasionally offers financial and technical support for these events and opens the Latta as a hospitality center.

Jammin' at the Latta events are staged on an impromptu basis throughout the year. They may be sponsored by AiM or hosted by other community partners with AiM's cooperation. You never can tell who you'll see (and hear!) jammin' at the Latta.

The Rockabilly Highway Revival first began when AiM commissioned Rockabilly Highway Mural I, by Brian Tull. What began as a dedication ceremony for the mural, has become a full-fledged cultural festival sponsored by the McNairy County Chamber of Commerce.  AiM hosts the McNairy County Music Hall of Fame inductions and tribute concert on the eve of the festivities.  Rockabilly Highway Revival is the largest music event on the local calendar with live music on multiple stages, a car show, and all types of vendors and food trucks. The celebration of local music heritage attracts thousands of visitors to downtown Selmer, the second weekend in June.

Community Band and Chorus offers opportunities for local musicians and vocalists to participate in a concert band and community choir. This was a highly successful program from 2006-12, staging a popular spring/summer and Christmas concert each year. While these programs are currently on hiatus, AiM remains open to reviving them when new band and chorus directors can be found.